Chicken church or Dalat Cathedral is the biggest cathedral in Dalat. It is one of the most ancient and typical architecture in Dalat and it was built by French people. The church locates on Tran Phu street, Lam Dong province, Vietnam.

On every Christmas day, the cathedral attracts so many people coming to worship and visit. It is not only the biggest Dalat’s cathedral that plays an important role in Vietnam’s religion and history, but also is in the general architecture of the city. It is a symbol of the foggy city.

Guide for someone who want to pay Chicken Church a visit

This church is less than 1km from city centre, which makes the tourists more comfortable to go on a foot to the church and doesn’t take them a lot of time.

After Dr. Alexander Yersin found out Dalat City, there was a Father of Paris Missionary Priests Association (MEP) named Robert came to this city in 1893.

In 1917, Nicolas Couveur, another priest, came to Dalat to look for a place and build a nursing home for clergies. He had built a nursing home that became a part of Dalat Cathedral.

At the end of April, 1920, Bishop Quinton (Archbishop of Saigon) decided to establish the Diocese of Dalat, now known as Chicken Church.

Dalat Cathedral was officially started its construction at 9:00, Sunday, July 19, 1932 by Bishop Coloban Dreyer (Apostolic Nuncio at Indochina and Thailand).

The church was constructed based on blueprints of Father Cesleste Nicolas who designed according to the model of Rooma Catholic church in Europe. The construction was built during 11 years.

The church’s interior consists of 3 compartments: a big room in the middle of the church and 2 small compartments on 2 sides. The construction’s cross section clearly shows the winding system in the same form as the winding and the arch system. The columns in the interior have a classical simulation head column system combined with a capacitor. Both the ground and the vertical view are strictly symmetrical in the classical way.

The ceiling of the church was decorated by 70 colorful glasses which was manufactured from Louis Balmet factory in Grenoble (France), so the church’s scenery looks more mysterious. Bearing wall was built of 30-40cm thick stone bricks. On the interior wall is attached reliefs made of cement and iron.

On the cross, there is a chicken statue (27m above the ground) made of light and hollow alloys. Inside of the chicken is coated with a special copper chemical layer with 0.66m length and 0.58m height. The chicken rotates around a silver axis to indicate wind direction.

Worshiping time in the church usually starts at:

The church always open its gate to welcome everyone during a day. If you pay a visit in the time that occurring worshiping, you should keep silent so as not to affect people attending the church.

Dalat is famous for its romantic look when it was viewed from many different angles. But the church bell tower with unique Chicken image is always imprinted in those views. For everyone it will be a sense of peace. Chicken Church is filled with cultural and artistic imprints on the highland city of Da Lat. 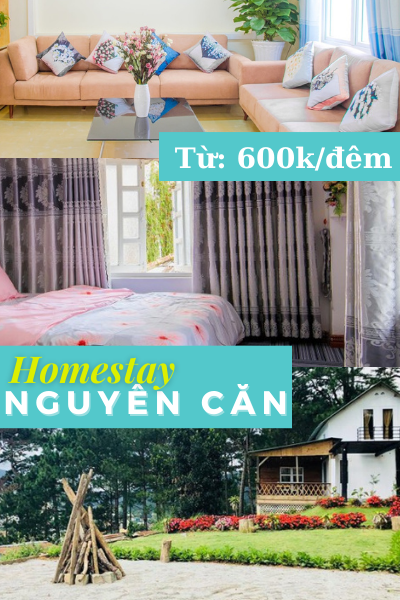